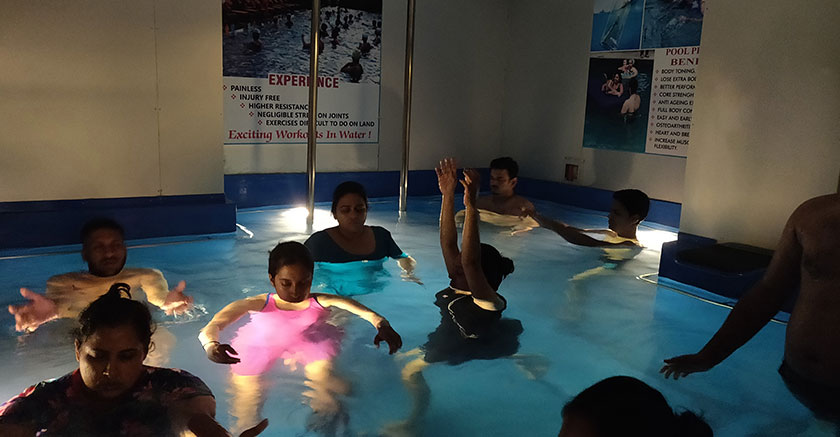 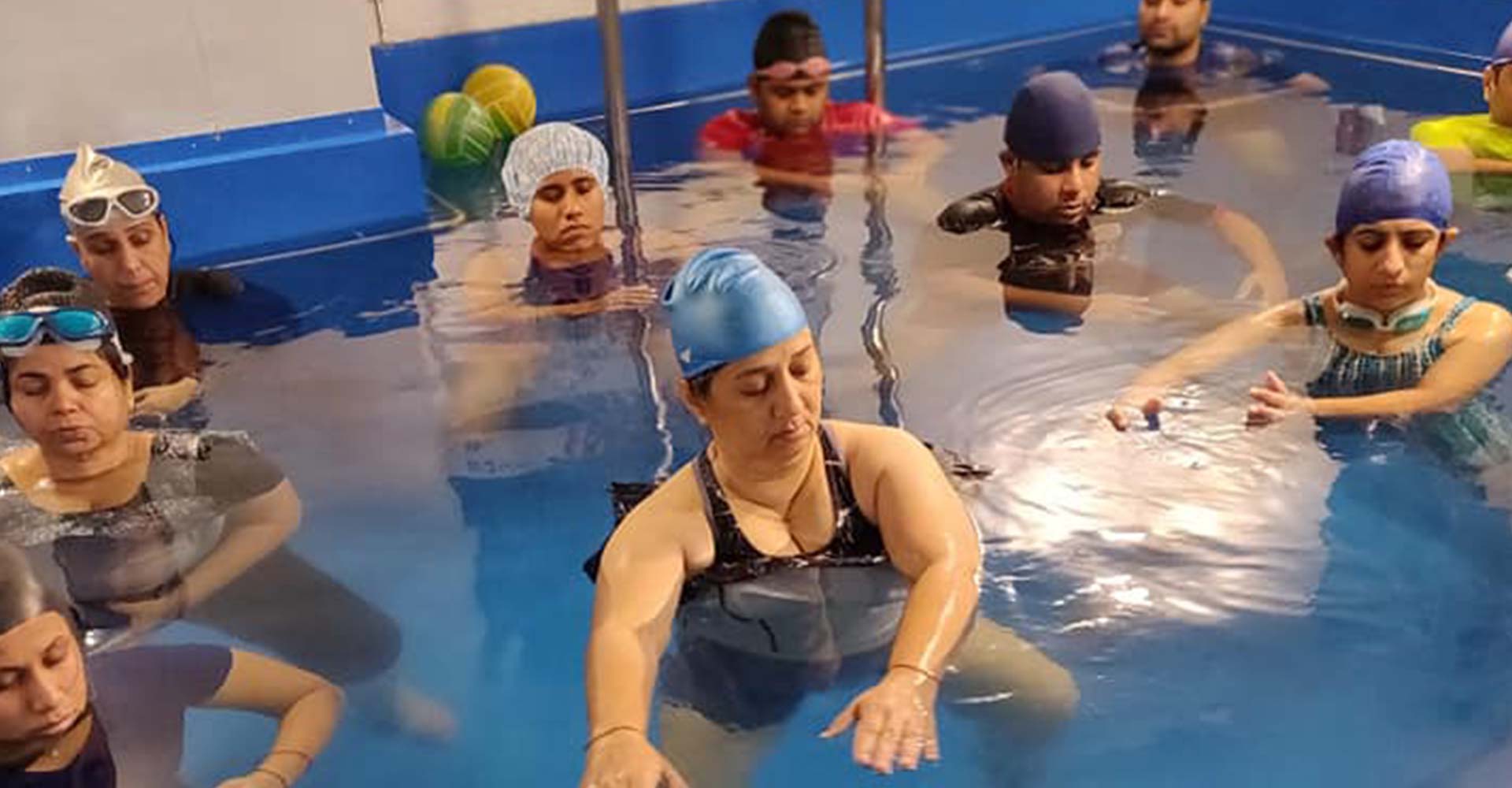 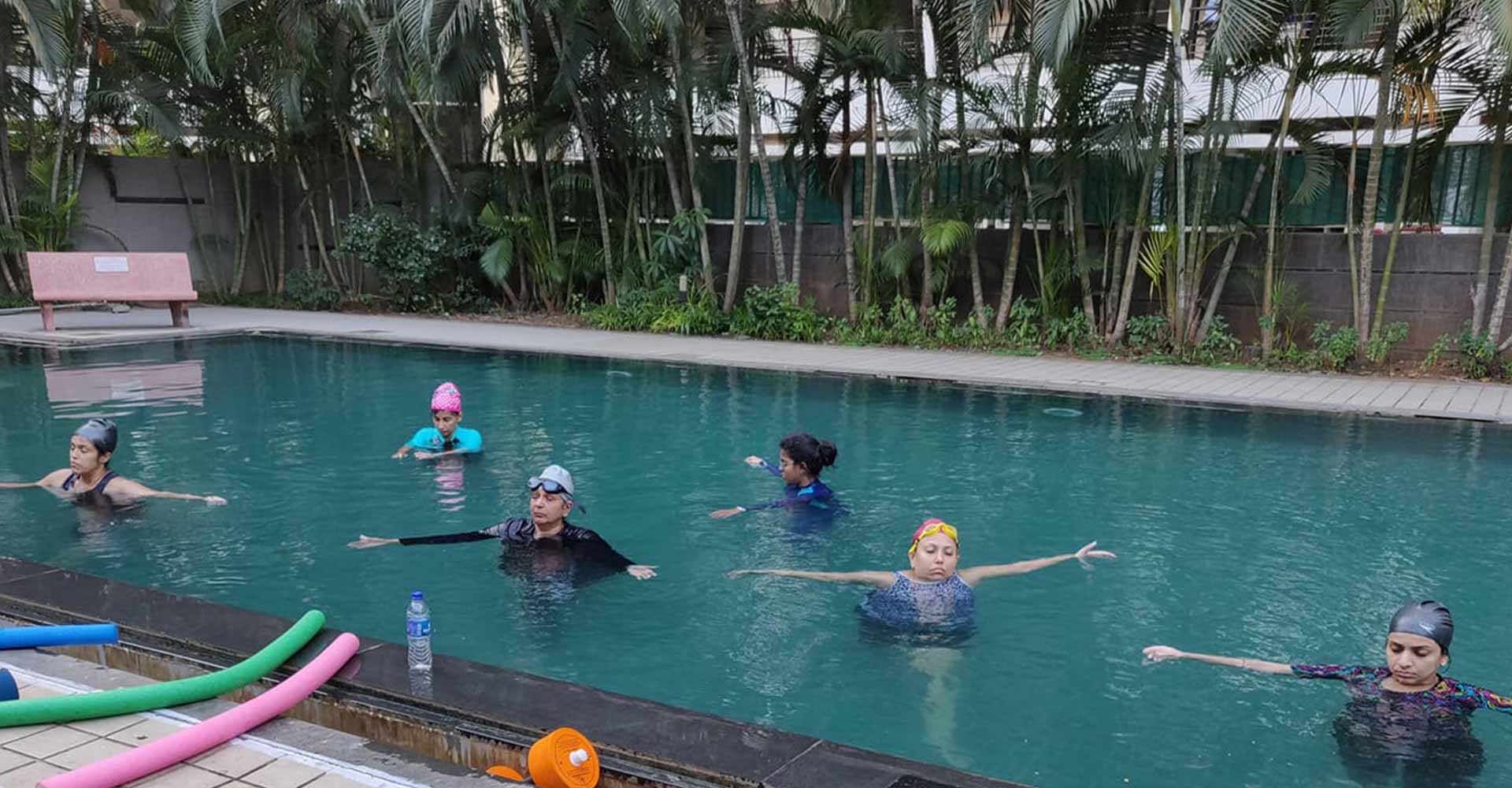 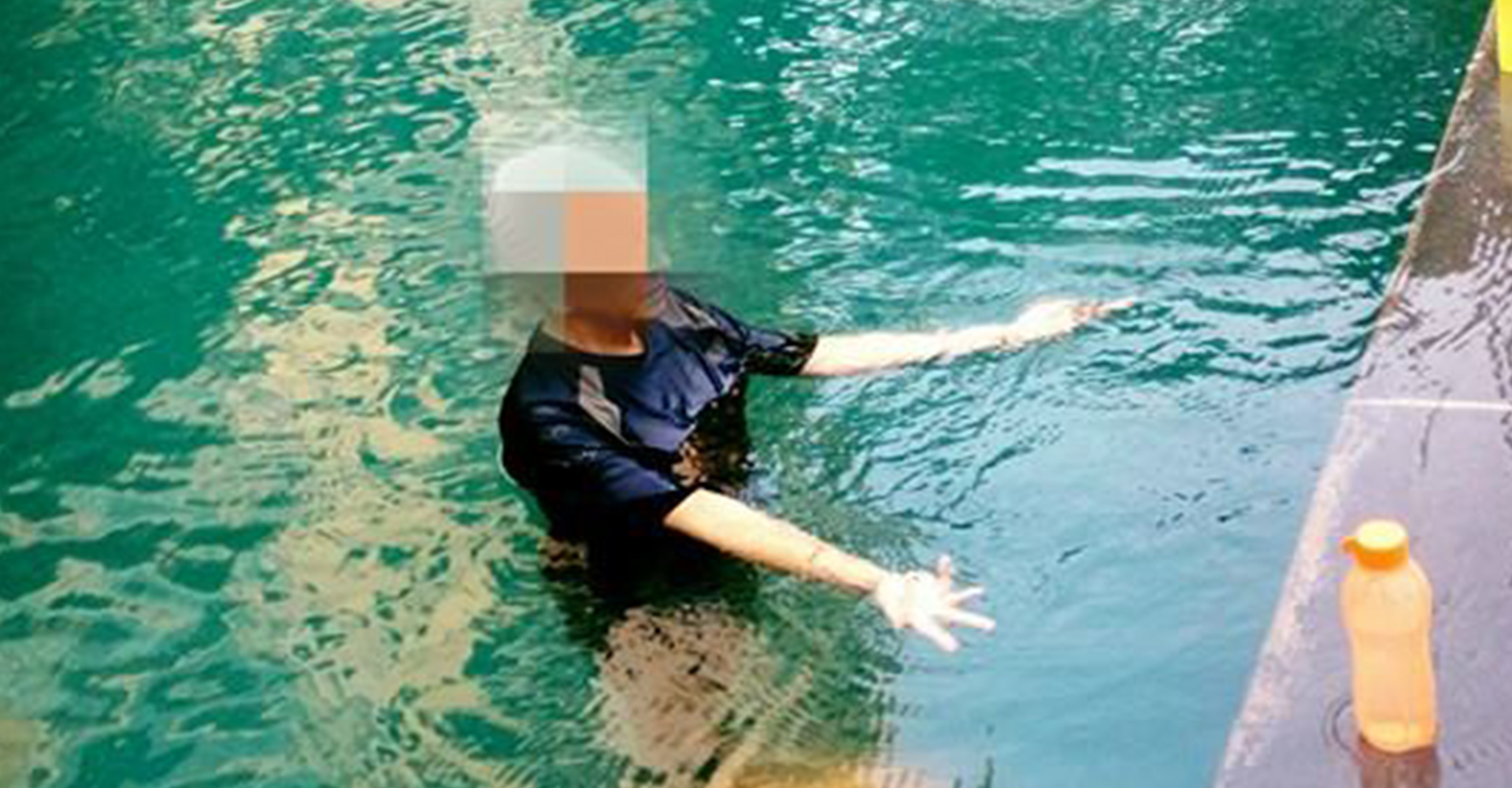 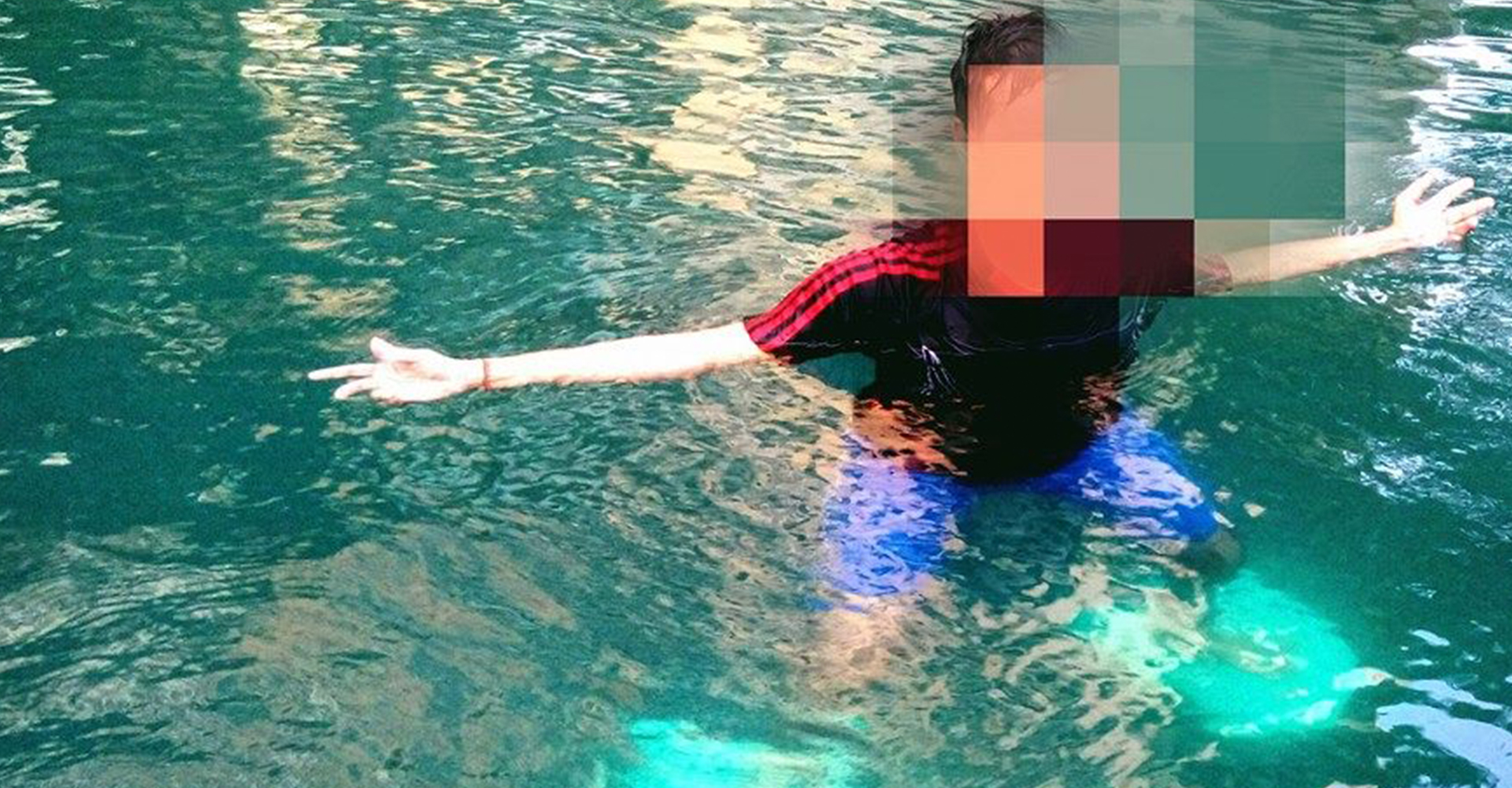 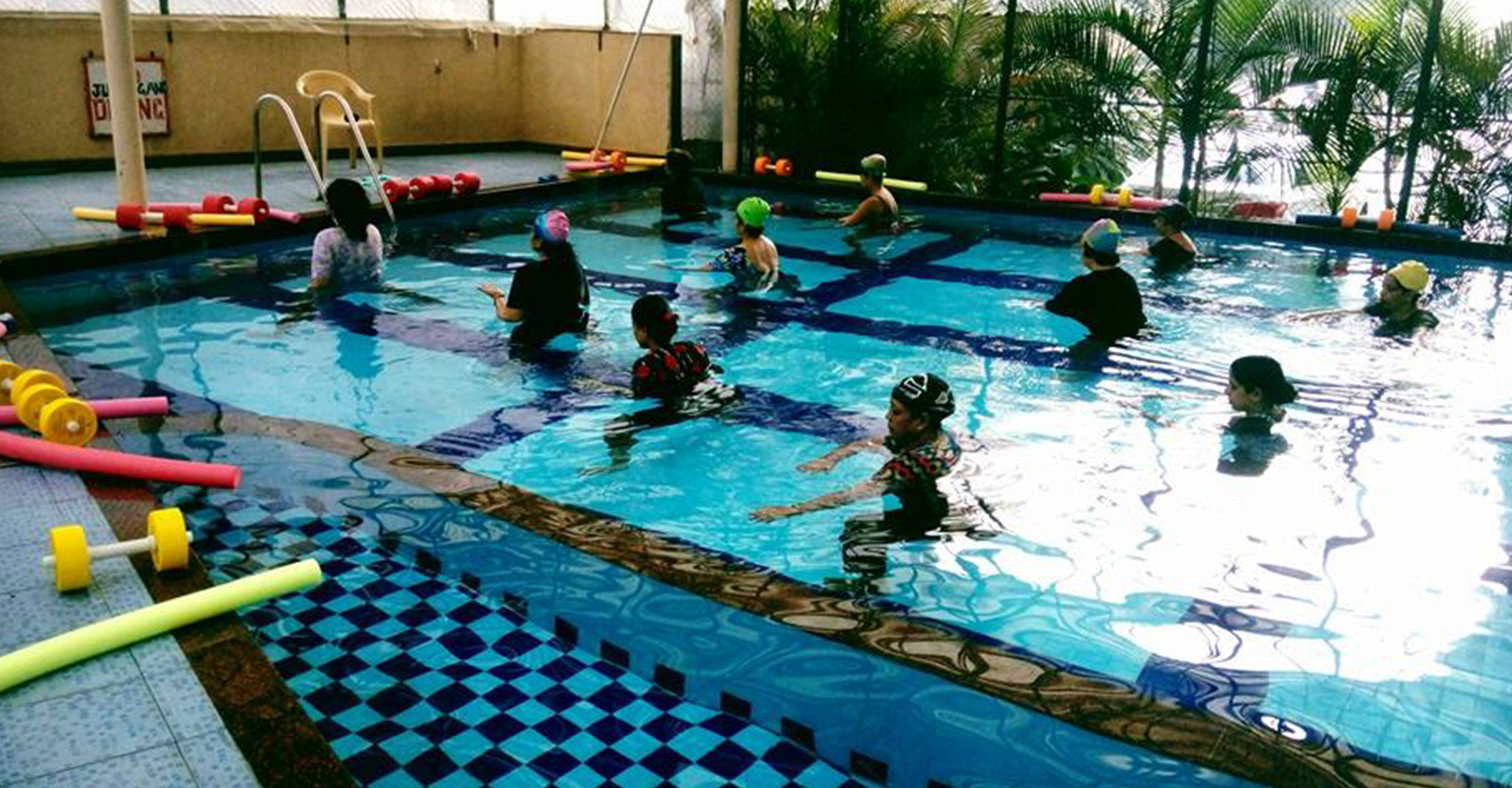 Ai Chi is a Japanese technique with 19 different movements. It is a form of exercise that strengthens your core muscles, improves balance and co-ordination and solves breathing issues. It even enhances focus and concentration. Doing Ai Chi and Yogasana daily helps in achieving mental peace and physical strength with a flexible well balanced body.

Ai Chi is a form of aquatic exercise used for recreation, relaxation, fitness, and physical rehabilitation. Clinical Ai Chi is distinguished as a specialized active form of aquatic therapy. In essence, Ai Chi uses breathing techniques and progressive resistance training in water to relax and strengthen the body, based on elements of qigong and Tai chi chuan.

Typically, Ai Chi is practiced standing in shoulder-depth water in group classes, one-on-one therapy sessions, or individually. It is not essential to know swimming for doing Ai Chi. Initially, Ai Chi focuses on deep breathing patterns. Simple breathing techniques are then combined with gentle movement in a progression from the upper extremities, trunk, lower extremities, and finally to involvement of the full torso, with a gradual narrowing of the base of support. Movement is slow and continuous, with attention to body alignment, and accompanied with deep diaphragmatic breathing and a calm meditative state of mind. Mental focus is on flowing movement, proper body alignment, and coordinated breathing, and can also involve attention to philosophical or aesthetic concepts.

Ai Chi consists of 19 movements or katas, performed while breathing at a rate of about 14-16 breaths per minute. The first six arm movements are based on qigong, with a relatively static and symmetrical body posture. The subsequent movements are based on Tai Chi Chuan, with continuous shifting of the center of gravity. The progression moves through a series of “regulatory conditions” of increasing difficulty, from static to dynamic, symmetrical to rotatory and asymmetrical movement, and visual to non-visual (vestibular) control.